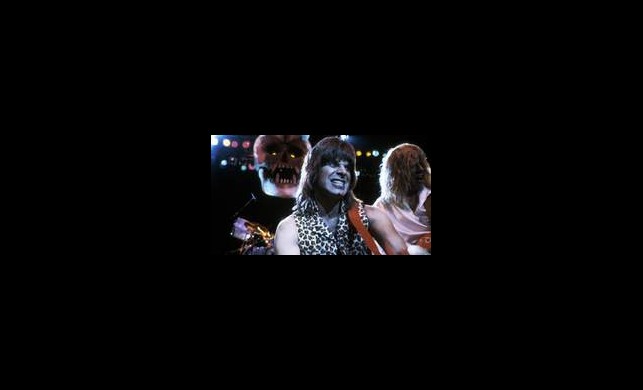 The Soundtrack: Satirising cock rock as it does, Spinal Tap needed rocking tunes to back up all the nod-wink spoofery – and boy does it have them. Hilarious and catchy in equal measure.Best Song: ‘Big Bottom’, of course.

The Soundtrack: Drew Barrymore proves she knows what she’s doing both in front of and behind the camera with her directorial debut, which comes with a powerhouse soundtrack packed full of foot-stomping anthems.Best Song: ‘Pot Kettle Black’ by Tilly And The Wall will have you clapping along as you dig out your rollerblades.

The Soundtrack: An explosion of effusive indie pop. The compilation of artists fleshing out this record would surely do the music shop characters in High Fidelity proud, with Bob Dylan and Elvis Costello rubbing shoulders with Smog and Stereolab.Best Song: Stevie Wonder’s sonorous ‘I Believe (When I Fall In Love It Will Be Forever)’.

The Soundtrack: Prince’s entrance into the movie world came with its own soundtrack, as the artist (also known as The Artist) brought with him a collection of kick-ass tunes that ensured Purple Rain’s OST was anything but damp. Prince might not have aged well, but this soundtrack sure has.Best Song: ‘Purple Rain’ of course, an evocative screecher if there ever was one.

The Soundtrack: Chuck Berry, the Beach Boys and Buddy Holly all keep George Lucas’ film hopping nicely along. The filmmaker couldn’t afford a film composer, so instead crafted this 41-track prayer to ‘60s hits. Instant classic.Best Song: ‘Why Do Fools Fall in Love?’ by Frankie Lymon & The Teenagers. 'Nuff said.

Best Song: ‘In Motion’ is a pacy little number that we could easily jog to. If we jogged.

The Soundtrack: Tarantino shows us what he’s got by producing this album for his violent crime saga. The blend of ‘70s pop with dialogue from the film makes for a dynamic LP – and set the mould for Quent’s future movie albums.Best Song: ‘Stuck In The Middle With You’ by Stealers Wheel.

The Soundtrack: The biggest selling LP ever released by Stax Records, the Shaft soundtrack is comprised entirely of sexy orchestrations composed by Issac Hayes. It makes us want to get down.Best Song: ‘Theme From Shaft’ is recognisable even to those who have never seen the film, that’s how much it’s been absorbed into the collective consciousness. Yes, it’s that cool.

The Soundtrack: A hefty two volumes that pairs hard rock with the cheesiest that cheesy pop has to offer. Adam Sandler’s two original tunes are also present and correct, meaning this is strictly tongue-in-cheek stuff – which instantly makes it cool.Best Song: ‘Somebody Kill Me’ by Adam Sandler gets the giggles.